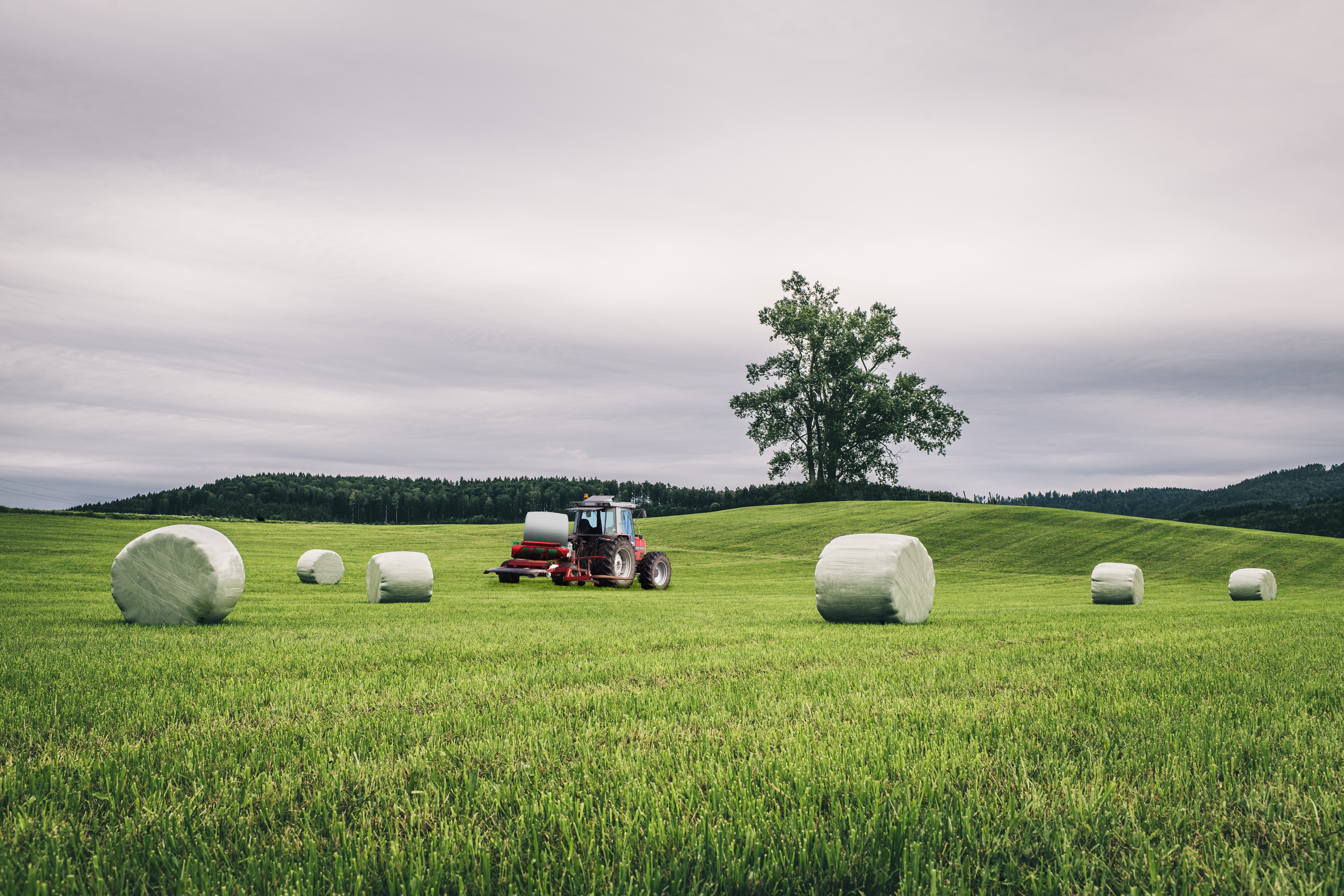 Silage film for bale wrap: Is cast the new blown?

Silage films are primarily used in agriculture to preserve bales of silage, hay and maize. Wrapped around the bales, silage films prevent over-fermentation processes and maintain the nutritional value of the contents. To ensure easy bale wrapping and proper protection throughout the entire storage period, the quality requirements of these films are relatively high. So far, silage film was mainly made from blown film as the right dart impact, cling level and oxygen permeability could be more easily achieved than with cast film. This is now changing.

In cooperation with premium material suppliers, SML recently developed a silage cast film for bale wrapping that meets expectations in terms of its properties and even beats the blown product. “Our major concern was the higher oxygen permeability of our cast film,” Thomas Rauscher, Product Manager at SML, remarks. The market-conform value for the oxygen permeability of silage film should not be higher than 9,000 cm³/m²*24h. “In the past, a typical cast stretch film of 25 micron displayed a value above 10,000 cm³/m²*24h, whereas due to the latest development we achieved values of around 8,500 cm³/m²*24h,” Thomas Rauscher explains.

Typically, silage film made on SML’s cast film line has at least 5 layers. The  claim to fame of the silage film for bale wrap is that the cling layer has to be at the outside of the roll and the "stickiness"has to be very high, whereas a good cling level is between 5-10 N/m. “During the cast process, it is an easy task to put the cling material on the outer side of the roll. And we have several possibilities to guarantee a high stickiness,” Rauscher says. The cast film line can either produce the film with PIB in liquid as well as in granule form, whereas the preferred process nowadays is without liquid. Additionally, the high cling level can also be reached without PIB. This solution reduces the handling cost, since silage film on a PIB base normally needs to “rest” at least 48 hours in a heated storage room. The cling value of the PIB-free cast silage film was tested at 8-9 N/m.

The layer on the other side of the silage film has to have a high slip. The ‘slip layer’ helps to ensure that the wrapped bale does not get damaged during the stapling and storage process. As usual, the UV masterbatch is also added to this layer. The UV additive protects the goods against damage caused by sunlight.

The properties of the inner layers of the silage cast film guarantee the right dart impact and stretchability. “The dart impact of silage films should be at least over 10 g/µm, while the tested cast films reached values of more than 15 g/µm,” Thomas Rauscher comments. Silage film usually requires a stretchability of between 50-100 %. “For a cast film, this is not an issue and so all the tests produced results exceeding the required stretchability by far, based on 750mm wide rolls,” Rauscher explains.

A roll width of 750mm is ideal for manufacturing silage cast film. For that reason, the SML brands MiniCast and SmartCast are the best choice. The MiniCast manufactures 2 x 750mm rolls and the SmartCast delivers twice the output with its 4 x 750mm rolls. From an output point of view, SML’s SmartCast would be the clear winner, as it also has twice the output capacity of a state-of-the-art blown film line. The significantly higher production capability makes the manufacturing of silage film using the cast process much more cost-effective than on a line for blown film.

Beside that, SML’s cast film lines do not only produce silage film, which is a seasonal business: the same lines also manufacture conventional stretch wrap film. With the cast process, manufacturers are able to raise the utilisation rate of their extrusion lines further which also has a favourable impact on the profitability.

SML made a series of tests for producing cast stretch film containing an unmatched high percentage of post ...