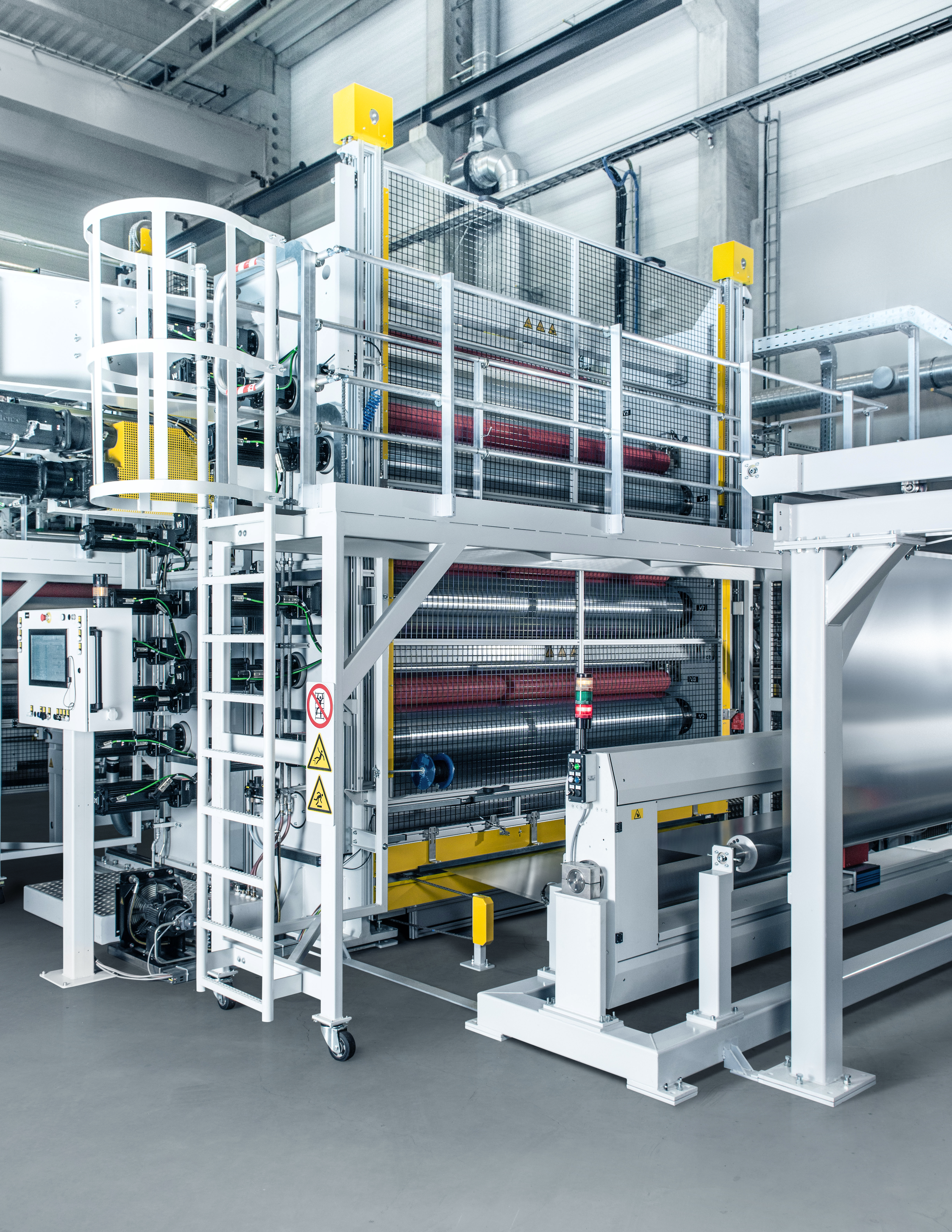 Demand for MOPE, MOPP and MOPET film has been rising sharply during the last two years. The main reasons for this phenomenon are the better recyclability and the lighter weight of the packaging materials. SML’s further-developed MDO unit for cast film is the ideal technology for manufacturing these types of film.

“Mono-material stand-up pouches that are easy to recycle are an excellent example of the innovative potential of MDO film,” Alexander Bruckmüller, Product Manager at SML, explains. Stand-up pouches usually consist of two different materials: a relatively stiff BOPP or BOPET film, which is frequently printed, and a thicker sealing layer made of PE. Due to this composite structure, the recycling of these stand-up pouches is relatively demanding.

“To replace BOPP or BOPET film at stand-up pouches, our customers manufacture MOPE film with a thickness of 25 to 30µm. This film is perfect for mono-material pouches, which can be easily recycled in existing facilities without preceding material separation processes,” Alexander Bruckmüller comments.

An easy to recycle barrier film is another exceptional product manufactured on SML’s MDO units: In the MDO process, the oxygen barrier properties of the EVOH layer are improved while its thickness is diminished. As structures with no more than 5 % of different materials are classified as mono-material, these types of EVOH barrier film are known to be easy to recycle.

Monoaxially stretched MOPET films are used for adhesive tapes and for the lamination of tinplate cans. And twist wrap film manufactured in an MDO process, has ideal properties for subsequent metallisation and printing.

The design of SML’s last MDO generation allows bigger roll diameters, which makes the rolls stiffer and stabilises film pass. “This is an important prerequisite for the construction of our bigger lines with final film widths up to 2,800mm,” Alexander Bruckmüller explains. The bigger roll diameters also facilitate the longer contact times of the film on the rolls and improve the through-heating of the film. This also contributes to the stability of the process.

Before the MDO process, there is an optimum film flatness, as the primer film is cooled very evenly on SML’s chill rolls. The exact regulation of the chill roll temperatures also has positive effects on the MDO processes, especially in terms of crystallisation and film transparency. MDO film manufactured on SML’s cast film lines has a very good thickness tolerance. The reason for this is that thickness control and regulation take place after the film has passed the MDO unit and the thickness difference at the neck-in of the primery film is taken into account.

The most striking feature of SML’s current generation ...